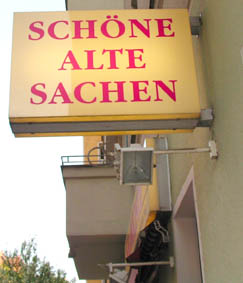 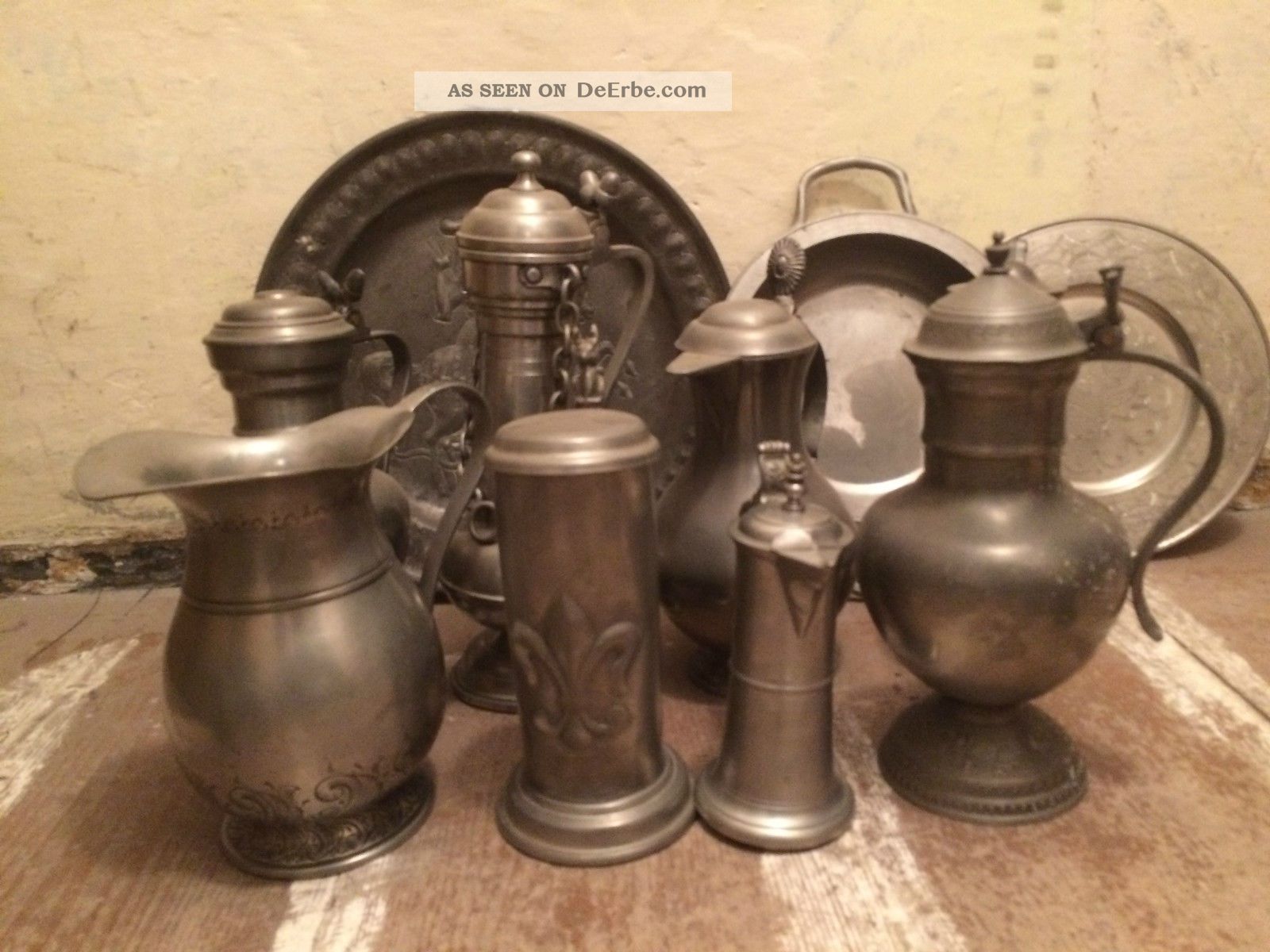 She had short hair and huge, green eyes like two tadpoles swimming around her face. Her skin was dark like mine, she must have been Moroccan or Yemenite.

She stood by the truck until I came out and took the fridge from her with a grunt, then threw it in with the rest of the junk. She was surprisingly strong for a small girl, the thing was heavy.

She ran back up to her house, twisting her head back to look at me as she did. By the time I was fifteen, I could do all the heavy lifting Aba did.

I carried refrigerators with him, sofas, closets. My size came from Aba, who was three-quarters Iraqi. My mother was Russian, relentless, unwavering, snow-piercing.

He never helped out with anything. He just sat in the truck in silence. Every once in a while, he would say something weird, like did you know in Japan they sold Hercules Beetles in vending machines?

Trouble adjusting, they called it. I was off the hook, completely free to continue collecting junk for the rest of my life. We lived by the coffee factory, the smells of ground grains filtered through the windows and seeped into the walls, soaking our beds and filling our nostrils day and night.

Shoni arranged his assortment of colorful smoke grenades tinted in different pastel shades in a neat row under his bed. He cut up little red circles out of cap-gun pellets, stuffing the gunpowder into a hollow aluminum tube to make home-made firecrackers.

He wore a necklace with a heavy, polished stone at the end, which tugged his head to the floor giving him the appearance of a tiny, bowed monk.

Newspaper clippings covered the walls of our room. Shoni cut out the articles about the afterlife and reincarnation and pasted them up on the wall with duct tape.

In some Druze village, a child woke up one day speaking fluent French. He had grown up speaking only Arabic, his parents told the reporter. He never saw any French television.

The reporter had confirmed this with a house visit, the article said. The parents believed their child was the reincarnated spirit of some Frenchman who had died on the day their son was born.

Shoni took this as proof that Aba had taken the shape of some child, or even an animal. He was looking at the clipping of Aba, the last of the Alte Sachen to switch to a motorized vehicle.

I told him that was impossible. I remembered the day we sold the donkeys to an Arab in a nearby village. Shoni nodded, as if this made perfect sense.

We heard him every day, reciting the Alte Sachen call, as if he were right beside us in the truck. Shoni kept the recorder by his side at all times.

He was more careful than ever with it, now, handling it as if it were made of porcelain instead of plastic.

Sometimes, he used it entertain, telling wild stories, outlandish tales, but other times he cut everyone around him, his words jagged and rough, a stone in our ears.

Every night, he came home smelling of beer. He was suspicious of everybody. The insurance companies and phone companies, the grocery stores, the markets, the ticketing man at the movie theater, they were all out to get him.

He railed against authority. His entire unit was killed and replaced. He joined a unit of ghosts, of spectral figures, boys who were only a year or two older than him at school, all gone.

He was never the same after the army. One day, shortly after Aba died, Ima decided to take us to the exhibit at the zoo.

To let us out of our cages, for a short while. We saw turtles with old necks, just like hers, their shells shining like shields, the quicksilver leap of saffron spotted tree-frogs, the bright plumage of eggshell-blue birds.

Ima pointed out the carp swirling in the water. She told us Aba was a fish, that he was swimming around and keeping an eye out for us. We could come here, she said, and talk to him if we wanted to.

The fish rose up to snatch a scrap of bread, thrown in by my brother, and then they were gone, leaving behind nothing but a few vanishing ripples.

It was a bad idea. Once Ima explained to the zoo-keepers and security guards that our father just died, we left the zoo and never came back.

She stopped making up stories about Aba. He was dead and that was that. But there was no dead, not for Shoni. Even when he was alive, Aba did not waste his time with the living.

When the Exhibition of the Dead had come to Jerusalem, he took us. He loved collections and what could be better than a collection of dead people, bones and ligaments and peeled skin revealing the bleached root columns of the spine, rubbery grey of the liver, the anemone of the brain.

At the museum, Shoni said he wanted to donate his body to science. He wanted some pale Swedish woman to tap on the glass, to watch the boy trapped in amber or floating in formaldehyde, stuck in limbo.

He tried to make Aba promise, but Aba refused. Afterwards, Shoni said he wanted to be frozen like Walt Disney.

And that was that, we never mentioned Walt Disney again. Aba said it was possible. Shoni looked closely at his own ice-cream cone. It was tonight.

I was planning to go after dinner. After Ima made dinner for us, she fell asleep on the sofa. She woke up an hour later, got dressed, and told me she had to leave again.

Watch Shoni, she told me. Bored and restless, I kept thinking of the girl with the fridge. I wanted to go to the party, to see her, but now I was stuck with Shoni.

Boaz arrived, wearing a silk shirt and diamond earring, which would have looked ridiculous on anybody else.

He was my best friend for as long as I could remember. A self-proclaimed prophet who could tell you when a night would be good. Usually, he was right.

I admired the ease with which Boaz navigated the alien world of girls. Whenever we met girls, he kept touching their wrists, their bare shoulders, kissing both their cheeks, hugging them in a way which brought his lips to their ear.

There were no bars or clubs, no parties, not even a movie theater, nothing. Every night, Boaz wore the silk shirt for nothing, parading the empty streets with his slicked back hair, waiting for the day Tsfat would become the new Tel-Aviv, the city that never sleeps.

We went to the abandoned house. The door was half-open. Dirty mattress scattered on the floor, smelling of urine and sweat and sour alcohol.

Shards of glass swept to the sides. Old newspapers yellowed with age, torn at the edges. Guys in skinny jeans and black silk yarmulkes wandered around with beer bottles and cigarettes.

It was a scene Boaz had tapped into, the stray kids, the ex-Penguins. They came from religious homes, sometimes Ultra-Orthodox families, the real black-and-white type, but they had strayed from that path.

They started asking questions, and with the questions they started drinking and smoking. Everyone was looking for a good time, they wanted to rebel, to break loose.

They stared at Shoni in his panda mask, with the recorder dangling from his hand. I pretended everything was normal. The other girl had wide hips and heavy breasts which bounced as she danced to the Mizrachi pop music.

Fridge Girl looked different. She was wearing the same shirt, but it was unbuttoned, revealing her skin and the bulge of a bra.

Her skirt was shorter, above the knee. I guessed that she only wore the conservative outfit at home, but when she went out, at night, she transformed.

She saw us now and pulled her friend along and they came up to Shoni, ignoring us completely. Shoni nodded, acknowledged the fact of their meeting a second time as if it were preordained.

Shoni shook it. They were obviously drunk. She held out her hand, which he took, and led him away as if to look for a nearby bamboo forest tucked away behind a synagogue.

Her friend shrugged and kept dancing. Boaz introduced us. She was feeling pretty comfortable with your panda. Shoni had taken a peach-pit out of his pocket and was explaining a game.

I stood next to them, but they ignored me. She had her back turned and was stroking the peach pit. I thought you all wore long skirts and modest clothes.

She laughed, played with her nose-ring. There was something new and fresh and exciting about her. She hated traditions. She asked if I liked collecting junk.

There were things about being a junk collector which I liked. We worked in a time machine. We were scavengers, excavators, archeologists, dumpster-divers.

Shoni whispered in my ear that he wanted to go home. He was tired. He was always sabotaging my plans with girls, but not tonight.

We left the abandoned house and took the path down to the Old City, through its shuttered shops, pale blue smoke filtered out of balconies and streets windows, laundry hung on the line.

It was desolate, uninhabited, a ghost town. Bat Sheva and Boaz walked in the back, wrapped around each other, stumbling around as if they were drunk.

Shoni pretended he could fly around. He had stolen a long piece of cloth from the abandoned house, a torn piece of a tattered curtain with a floral design and was using it as a superhero cape.